Reggae Reggae Sauce – Put Some Music On Your Food

Reggae Reggae Sauce – Put Some Music On Your Food 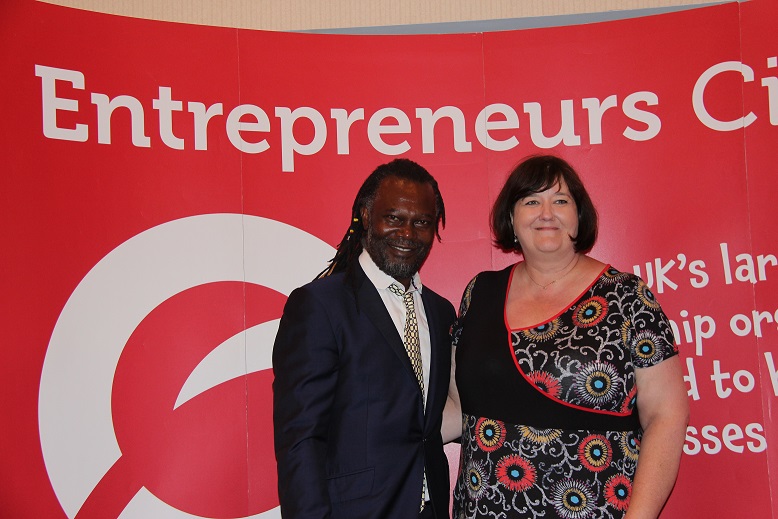 Put Some Music On Your Food

Last week, I was lucky to go to a workshop, delivered by the one and only Levi Roots. Mister Reggae Reggae Sauce himself.

Now, I know that most of you won’t need an introduction to Levi Roots.. I’m sure most of us can remember his very famous performance in the Dragon’s Den, which was about 10 years ago now.

But to recap in case you had forgotten about his Dragon’s Den performance. He walked up the famous stairs, playing his guitar and singing Reggae Reggae sauce. He’s known as the dragon slayer. Richard Farleigh and Peter Jones both invested £50,000 for a 40% equity in his business.

The rest is history. The man is worth a small fortune now with products all over the world.

It was a colorful chat, pretty entertaining, a bit sweary. He came on stage with his guitar and sang the famous Reggae Reggae Sauce song, of course. That was a real crowd pleaser. Then he went on to tell us about himself and how he’d got to where he was.

There were two interesting points that I want to share with you. The first one being was always be yourself. Always be true to yourself. If somebody else wants to change you, don’t do it. Be true to your own beliefs.

The second point was about how he works. His business is worth almost £100,000,000 now. He has around 50 products on the shelves across the country. He has three charitable foundations in his name, and he’s about to open a series of restaurants. The first one opened in Westfield about a year ago. The plan is to open 35 restaurants in total.

His most surprising fact in numbers is the number of employees in his business, which is one. Yes. That’s right, one.

The only employee in his business is Levi Roots himself or actually AKA Keith. His real name is Keith, which doesn’t quite sit with his branding.

One single employee. All the food operates under license to ten different companies. PR, marketing, phone answering, administration, everything else in his business is outsourced.

You know, that’s actually quite like many, many super successful businessmen. Richard Branson is exactly the same. They have almost zero employees. The majority of operations are outsourced.

If you emulated these super-successful business models, what would your business look like?

What would happen if you took a leaf out of their book?

What could you outsource? No one is an expert at everything and it’s smart thinking to outsource tasks that take up your time.

Why not stop for 5 minutes and make a list – you could be the next Levi Roots.